Saying goodbye is one of the hardest things to do.

This past weekend my parents came to NYC with a few high school choirs that my mother directs. The timing couldn't have been more perfect.

I had just finished a week filled with stress, negativity and all-around frustration. As my parents and their "entourage" arrived, I couldn't help but feel relieved.

All weekend I joined the large ensemble as (most of them) explored New York for the very first time. Of course this meant walking around in Times Square, attending a Broadway musical and visiting historical landmarks. I was overjoyed when I found out that the group had decided to go see La traviata at the Metropolitan Opera House and even MORE excited that I was going with them. 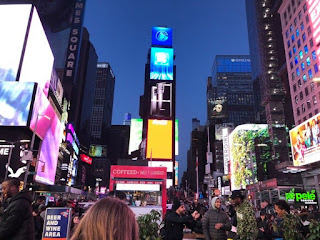 The last morning, the group came to Strawberry Fields in Central Park. For those of you who are unaware, this portion of the park is largely a testament to John Lennon who was shot and killed in his apartment just across the street from the greenery. The students were guided through the park and brought to a large courtyard where they strolled into a tunnel and sang songs with a local musician. i believe that the students will remember and cherish this morning above everything else they experienced on the trip.

That morning was a bitter one for me. My parents, after a very brief time in NYC, were returning to Nebraska. The next time I would see them would (potentially) be a week before my twin sister's wedding.

I walked the group to the subway station and embraced my parents for a long moment.

Ever since coming to the east coast, goodbyes feel completely gut wrenching and defeating.

I love my family so much and it SUCKS not seeing them.

As I've spoken about before, living in NYC can feel isolating at times. That's why it's so important to have your own support system. I have a support system, but I can't help but feel blue whenever I see the backs of my family leaving for the airport in the subway.

HOWEVER... I know I will see them again. I know that I'm making them proud. I know that, even though I live far away, I'm not absent from their lives. I love them and they love me.

I will feel melancholy for a while and then I will pick myself up. Once can't and shouldn't wallow in self pity forever. I WON'T let myself do that.

Instead, I will keep working hard. I will chase my dreams. I will stay motivated. I will grow.

Then... when I see my family again I can embrace them once more and show them that everything I do comes from my love for them. 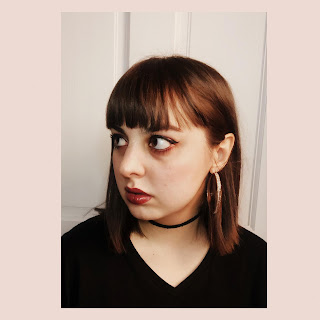